Drift: How One Latinx-Founded Startup has Led the Way in Diversity 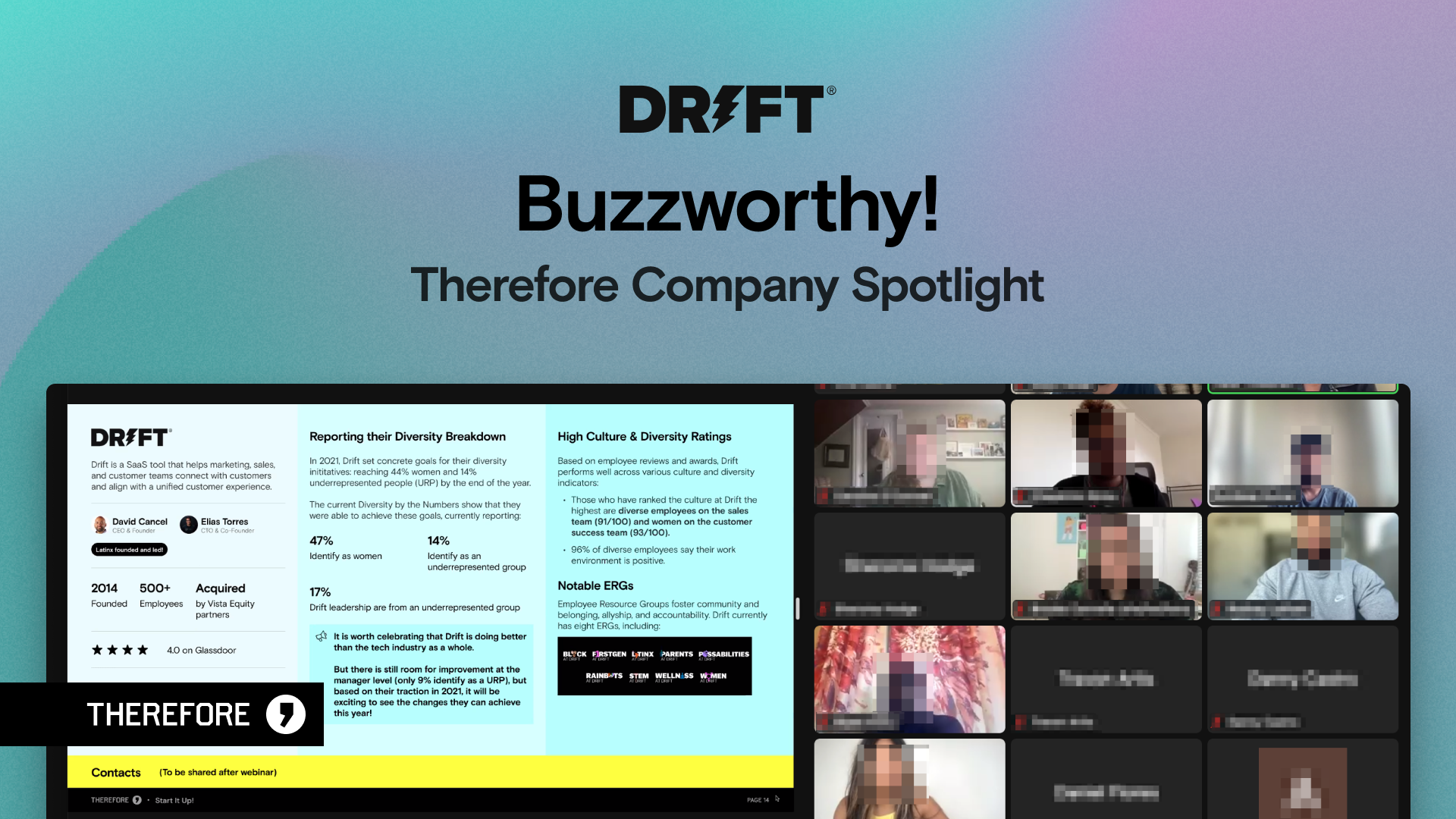 Drift: How One Latinx-Founded Startup has Led the Way in Diversity

Venture capital (VC) is a crucial part of the startup ecosystem that allows for more innovation and lowers the barrier to entry for entrepreneurs with compelling new ideas. However, the distribution of funding demonstrates the same lack of representation that is present in the makeup of the tech workforce. According to Crunchbase data, only 2% of VC-backed startups are led by Latinx founders. One of these is Drift: a SaaS tool that helps marketing, sales, and customer teams connect with customers and align with a unified customer experience.

The company was founded in 2015 by David Cancel (co-founder and CEO) and Elias Torres (co-founder and CTO), who have said that growing up, they didn’t know that being an entrepreneur and building a successful tech startup were options for them. They now want to “serve as role models” and show others the opportunities and achievements that are possible. Drift currently has about 500 employees and had raised $107 million until being acquired by Vista Equity Partners.

According to their dedicated DEI page (which is certainly worth highlighting in itself), Drift’s Diversity By the Numbers shows that 47% of the company identify as women and 14% as an underrepresented group.* While these figures aren’t far ahead of the rest of the tech industry, what is notable is how they got there.

According to an article written by the CTO, Drift committed to doubling down on their diversity efforts at the beginning of 2021 with concrete goals: they set out to build a workforce that’s 44% women and 14% underrepresented people (URP) by the end of last year. The current Diversity by the Numbers show that the company was able to achieve the goals they set for themselves.

Most promising is that 17% of Drift leadership (VPs and C-suite) are from an underrepresented racial or ethnic group,* which is better than the tech industry as a whole. However, that is not reflected in the people managers at Drift, of whom only 9% identify as an underrepresented group.

“Surpassing some of the world’s biggest tech companies feels great, but numbers only tell part of the story. Diversity, equity, and inclusion transcend competition. It’s not enough to just do more than others. DEI should be a collective movement embraced by businesses of all kinds to change the entire process of building a company. Very few people know how to do this right.”
— Elias Torres for FastCompany

*Drift defines underrepresented racial/ethnic groups as including: Black or African American, Hispanic or Latino, Native Hawaiian and Pacific Islander, and Native American. Overall, their data could (and should) be broken down further into more granular racial and ethnic groups.

Since 2019, Drift has been recognized with a slew of awards relating to diversity from various outlets including Comparably and RippleMatch’s list of NextGen companies. Based on employee reviews, the company performs well across various culture and diversity indicators.

According to Comparably, diverse employees have rated the company an A— ranking Drift in the top 10% of other companies with 500-1000 employees. A few notable metrics:

ERGs are crucial tools to foster community and belonging, allyship, and accountability. Drift currently has eight ERGs, including:

As one of the few Latinx founded and led startups with VC funding, Drift is setting an example for how companies can implement meaningful change when they intentionally integrate DEI into the foundations of their business.

A community accelerating access for Black and Latinx talent.
Product
As a Job Seeker
As a Company
Contact Us
Company
Home
About Us
Blog
© 2022 Therefore, Inc. All rights reserved
PrivacyTerms Of Service